Control of IVT-based vehicles by intelligent selection between alternative solutions

Supervisors: C.J. Taylor and A. Bradshaw

This thesis proposes a novel strategy of Control by Intelligent Selection Between Alternative Solutions (referred to hereafter as CISBAS) for the control of vehicles equipped with infinitely or continuously variable transmissions (IVTs or CVTs). The use of such transmissions in motor vehicles removes the constraint imposed by conventional gearing on the relationship between engine speed and road speed, and thus generates systems with one or more degrees of freedom. In such systems there normally exists a range of system states capable of providing the response required by the driver at any given moment and a controller is required to make a selection of the optimal solution. The current state of the art controllers use heuristic strategies created at the cost of very extensive research and manual optimisations.

The new CISBAS controller offers a generic approach comprising three distinct phases. In phase 1 the driver’s instantaneous expectation is computed from the position of the accelerator pedal, the current system state and a measure of recent history. Phase 2 establishes a range of alternative solutions which are capable of meeting the driver’s expectations as nearly as possible. Phase 3 uses a fuzzy-logic tool to select the ‘optimal’ solution from the alternatives presented. The membership functions and rules of the fuzzy selector are tuned in an intuitive manner to provide the desired system behaviour.

The method is evaluated in Matlab/Simulink simulation for three different systems each involving a Torotrak IVT and spark-ignition engine. The first is a model of a Ford Expedition SUV for which an exactly comparable model of the engine, vehicle, IVT and the state-of-the-art controller has been provided by Torotrak for comparison. The second is a similar model of a Ford Mondeo. The third model is of the Ford Expedition SUV equipped with a ‘Kestrel’ regenerative flywheel system and a Torotrak IVT, a system for which no heuristic controller has yet been devised. System behaviour is evaluated in terms of fuel economy and measures of the acceptability of the control behaviour to a typical driver (‘driveability’).

It is demonstrated that:

The use of the CISBAS method produces a controller that is directly comparable in performance to the state-of-the-art heuristic system.

The CISBAS control strategy is easily transferable between different engine, transmission and vehicle combinations based on the Torotrak IVT.

A CISBAS controller based on an intuitive rule-set has been produced for a Kestrel system for which no heuristic controller exists and has been shown to produce satisfactory control. In this configuration, the Kestrel flywheel has been shown to offer the prospect of very significant fuel economy improvements for typical stop-start city duty cycles.

The CISBAS method provides a ready means of investigating and evaluating new vehicle configurations based on commonly available data and intuitive tuning without requiring the development of a bespoke heuristic rule set for each new vehicle, thereby reducing the cost and length of such investigations. 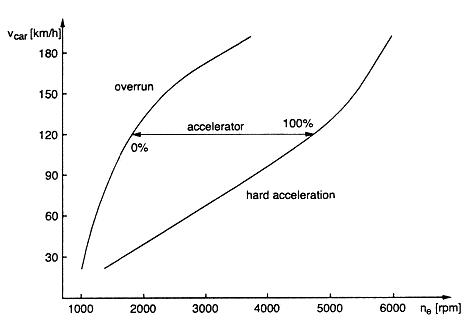