This thesis is concerned with the design and implementation of an electro-hydraulic control system for a robotic excavator known as the Lancaster University Computerised Intelligent Excavator (LUCIE). The behaviour of the excavator arm is dominated by the nonlinear dynamics of the hydraulic actuators and by the large unpredictable external disturbances when digging. Hence, the main research requirement for the proposed control system is for accurate, quick and smooth movement of the joints during automatic digging, comparable with that of an average human operator. The excavator used as the platform for the LUCIE project was refitted with electro-hydraulic servo valves, associated sensors, and a computer control system to allow for experimental evaluation and refinement of the developed controllers.

Full kinematic models of the excavator arm, which is regarded as a planar manipulator with two degrees of freedom, are derived. Data-based dynamic models are developed using the Simplified Refined Instrumental Variable (SRIV) identification algorithm. These models describe the nonlinear dynamical behaviour of the electro-hydraulic actuation system. Proportional-Integral-Plus (PIP) control, a non-minimal state space method of control system design, is introduced to drive the robot arm along the desired path. To overcome the highly nonlinear problems of such a heavy construction machine, a gain-scheduling technique is employed. Extensive computer simulation and experimental results are obtained, which indicate that the new proposed PIP-Gain Scheduling Control method achieves strong robustness against both parameter uncertainty and external disturbances.

The thesis covers all stages of the process including experimental data acquisition, modelling and identification, nonlinear dynamic system linearization, theoretical analysis of controller designs, computer simulation using Matlab/Simulink and implementation, including software programming in C and experimental validation of the new control schemes. These efforts have resulted in a new control design methodology that is applicable to a variety of hydraulic servo systems when high control performance is required in the presences of severe nonlinearity and uncertainty. 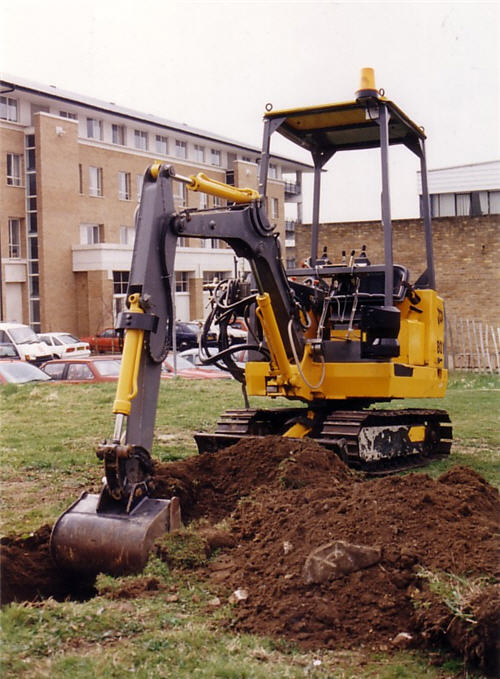