With rapid start and stop, fast responses in general, and large torque-to-weight ratios, mobile hydraulic robots are suitable for many applications. They are commonly employed by the construction, mining and nuclear industries, where semi-automatic control systems are being adopted as a means of improving the efficiency, quality and safety of operations. However, one challenge for system developers is the achievement of fast, accurate movement of manipulators under automatic control. The problem is made difficult by a range of factors that include highly varying loads, speeds and geometries.

In this regard, the thesis evaluates both a simple scheduled approach, in which the standard linear control problem is solved at each sampling instant, and a recently developed cancellation-based pole assignment method. To the authors’ knowledge, this represents the first practical implementation of the latter approach. In this thesis, the algorithm is first adapted into a simpler regulator form which is found to have improved robustness (for the present application). More generally, closed-loop experimental data shows that the new SDP design more closely follows the joint angle commands than an equivalent linear algorithm, offering improved resolved motion. 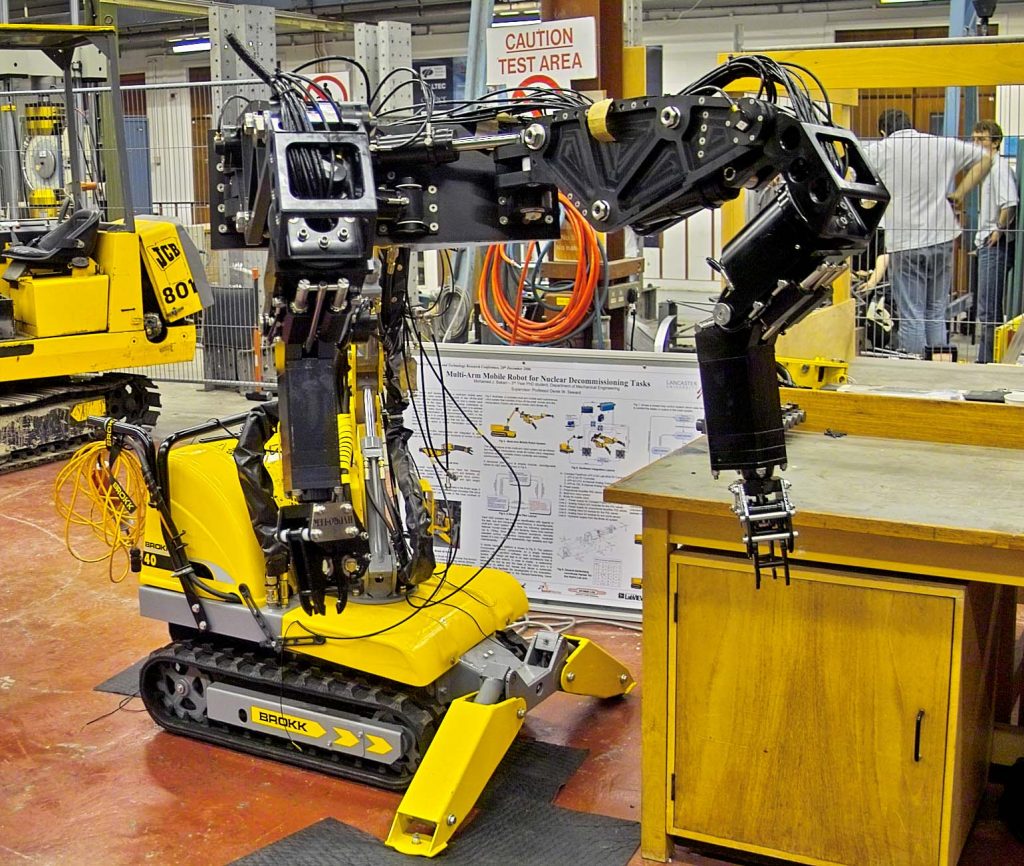