This thesis concerns a robotic platform that is being used for research into assisted tele–operation for common nuclear decommissioning tasks, such as remote handling and pipe cutting. The machine consists of dual, seven–function, hydraulically actuated HYDROLEK manipulators mounted (in prior research) on a mobile BROKK base unit. Whilst the original system was operated by remote control, the present thesis focusses on the development of a visual servoing system, in which the user selects the object of interest from an on–screen image, whilst the computer control system determines and implements via feedback control the required position and orientation of the manipulators.

To improve on the joystick direct teleoperation currently used as standard in the nuclear industry, which is slow and requires extensive operator training, the proposed assisted tele–operation makes use of a camera mounted on the robot. Focussing on pipe cutting as an example, the new system ensures that one manipulator automatically grasps the user–selected pipe, and appropriately positions the second for a cutting operation. Initial laboratory testing (using a plastic pipe) shows the efficacy of the approach for positioning the manipulators, and suggests that for both experienced and inexperienced users, the task is completed significantly faster than via tele–operation. Finally, classical industrial, fuzzy logic, and novel state dependent parameter approaches to control are developed and compared, with the aim being to determine a relatively simple controller that yields good performance for the hydraulic manipulators. An improved, more structured method of dealing with the dead–zone characteristics is developed and implemented, replacing the rather ad hoc approach that had been utilised in previous research for the same machine. 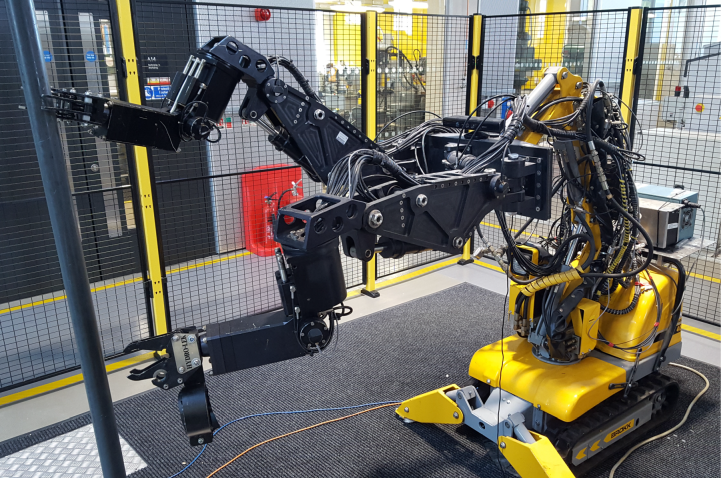