Alpha radiation detector technology lags behind gamma and beta due to difficulties presented by the short travel of alpha particles in environments complicated by mixed radiation fields, complex geometries, areas of high dose, and limited operator access. Yet, it is vital in nuclear decommissioning, safety and security operations. Recent developments focus on alpha-induced radioluminescence as a mechanism for long-range alpha detection. Detection in the 300–400 nm wavelength range has been achieved in special lighting conditions, but interference from background light hampers detection in daylight.

This thesis looks at the viability of detecting ultraviolet C (UVC, 180–280 nm) radioluminescence photons, focusing on characterising a flame sensor (UVTRON, Hamamatsu) sensitive to photons only in this wavelength range. UVC is already used in the detection of fires and corona discharge as Earth’s atmosphere absorbs UVC from the sun and artificial lighting does not produce UVC. UVC radioluminescence from a 6.95 MBq 210-Po sample was detected in normal lighting conditions using the UVTRON, with very low background counts found in all environments. As the UVC radioluminescence signal is small, gas flows of Ar, Xe, Ne, N2, Kr and P10 were directed over the 210-Po sample to enhance radioluminescence with positive effect. In one instance, Xe doubled the count in relation to an air atmosphere. Tests showed that the UVTRON reacts to the presence of gamma and beta radiation. However, it may be possible to identify alpha radioluminescence by separating the gamma and UVC parts of the signal.

Research presented herein shows it is possible to use a UVC flame sensor to detect alpha radiation through radioluminescence, and therefore an approach which uses the UVC portion of the radioluminescence spectrum may be successful in the development of a stand–off alpha detector, which would overcome many of the difficulties affecting traditional alpha detection methods. 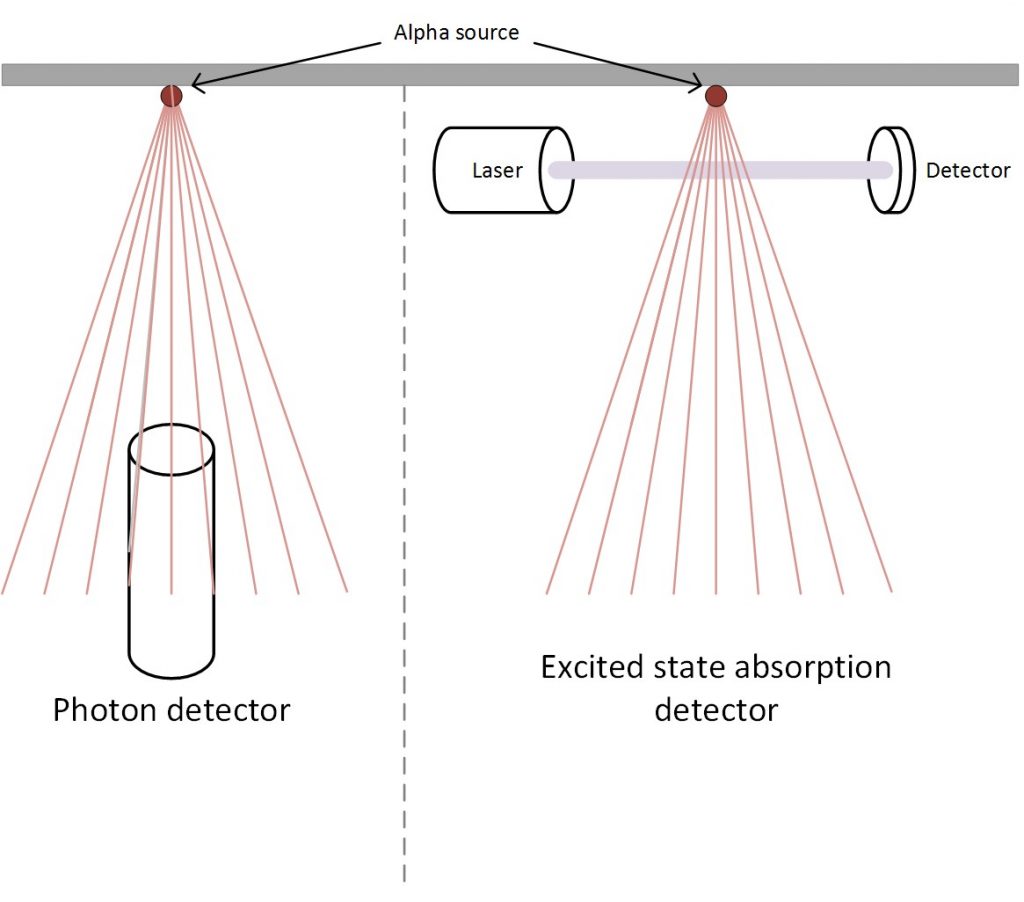