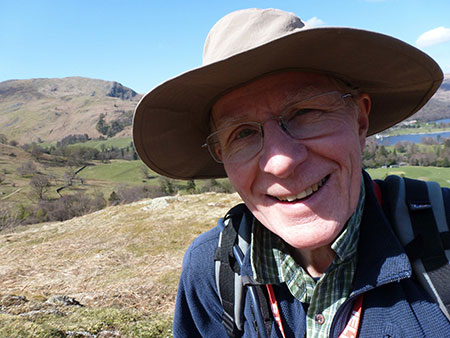 With deep regret we announce the sudden death of Alan Waters, who died unexpectedly on Friday, 22nd July.

Most of you don’t need to be reminded what a special person Alan was. He worked for many years in the University’s Institute for English Language Education (IELE) and then joined the department in 2001. His specialism was Teaching English as a Foreign Language (TEFL).

He held positions in several countries before coming to Lancaster (Sierra Leone, Kuwait and Thailand), ran courses in many other parts of the world and acted as a consultant to several major ELT development projects. His publications include Interface (Longman), ESP: A Learning-centred Approach, Study Tasks in English (both Cambridge University Press), A Review of Research into Needs for English for Academic Purposes (ETS), two edited volumes of papers and a number of journal articles.

Alan retired in 2012 and continued to maintain an interest in TEFL while pursuing his other passions, which included particularly opera and hill-walking.

Alan’s funeral will be held at the Lancaster Crematorium on Monday, 8 August, at 2:45pm. Light refreshments will be available after the farewell at the Lancaster Friends’ Meeting House.  All welcome to attend.

The family has suggested the following charities for memorial contributions: