Naeem Desai graduated from MSc Management in 2016. Before even graduating, he had received offers of employment from four of the major graduate recruiters, including a place on the highly competitive Lidl Graduate Management Development Programme. It was this position that he chose to accept, and over the coming months, Naeem will share his experiences of this challenging and fast paced programme. 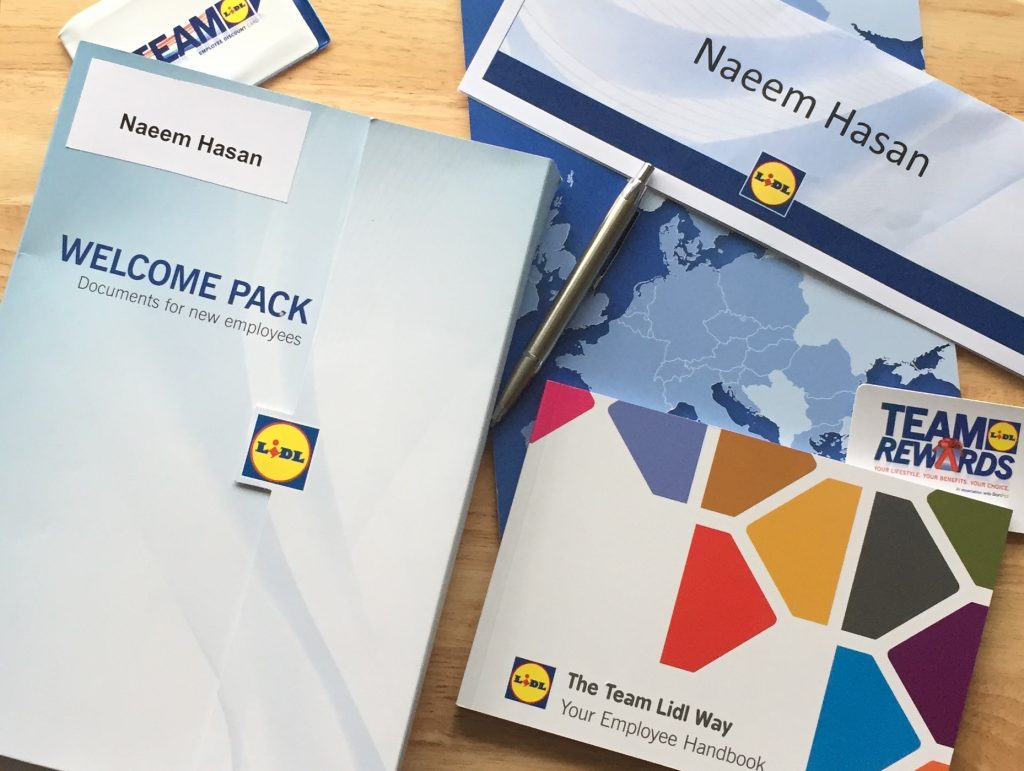 I was standing outside the Management School when I got the call from Lidl regarding the outcome of my final interview. I was so nervous, practically shaking as I talked to the recruiter, whilst pacing up and down along the side of the building. I was so eager to hear the decision. I burst into laughter as I was told I had been accepted onto the Graduate Management Development Programme! It felt surreal. It took me days to digest that I got the job I always wanted. All of my hard work had paid off. Here I was, six months later, at the Graduate Welcome Event in London. The two-day event comprised of a comprehensive introduction to the company and the graduate scheme. I was told I would be spending six months in the Regional Distribution Centre, and six months in a high-turnover store, after which I would assume the role of a Graduate Team Manager or Graduate Area Manager. Finally, the wait was over, and I was starting in my region on Monday. I left the event knowing that accepting this position was one of the best decisions I ever made.

View all posts by Sarah Steadman