Have you ever felt tired of all routines, assignments, never ending classes or group work? You feel like you need fresh air, yet you’re too lazy to go outside the city or do not want to spend too much money going out? Then… why don’t you explore our own city, Lancaster! Some of you might not realise that there are so many beautiful places that you can visit only 15 minutes from campus in 1 day!

Before you visit places around Lancaster, it might be good for you to know few facts about Lancaster. Some of you might probably know that Lancaster is the county town of Lancashire, England surrounding the River Lune. Lancaster, is a historic city in England with numerous buildings in Georgian architecture. You might realise when you’re going to the city center that there are many old buildings that you’ll never get tired of seeing!

Now, I will try to give you some ideas on what to do in Lancaster over the weekend. All you need to do is just to take a bus from campus and you’re good to go! 🙂 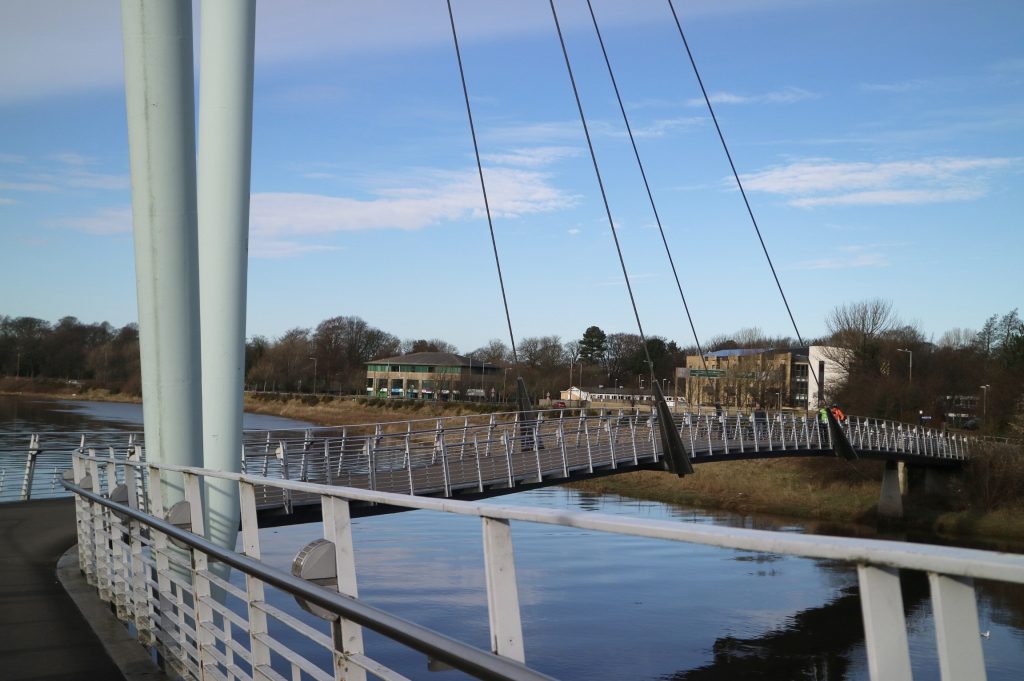 The first place that I would recommend is Lune Millennium Bridge. It is located near the Bus Station right behind Sainsbury’s. It spans the River Lune, Lancaster. The history of this bridge is that it was built to commemorate the millennium of 2000. It forms a “Y” shape and it is suitable for cyclists and pedestrians. Be ready for a surprise from this bridge as sometimes it will shake a bit when you’re walking on it 😀 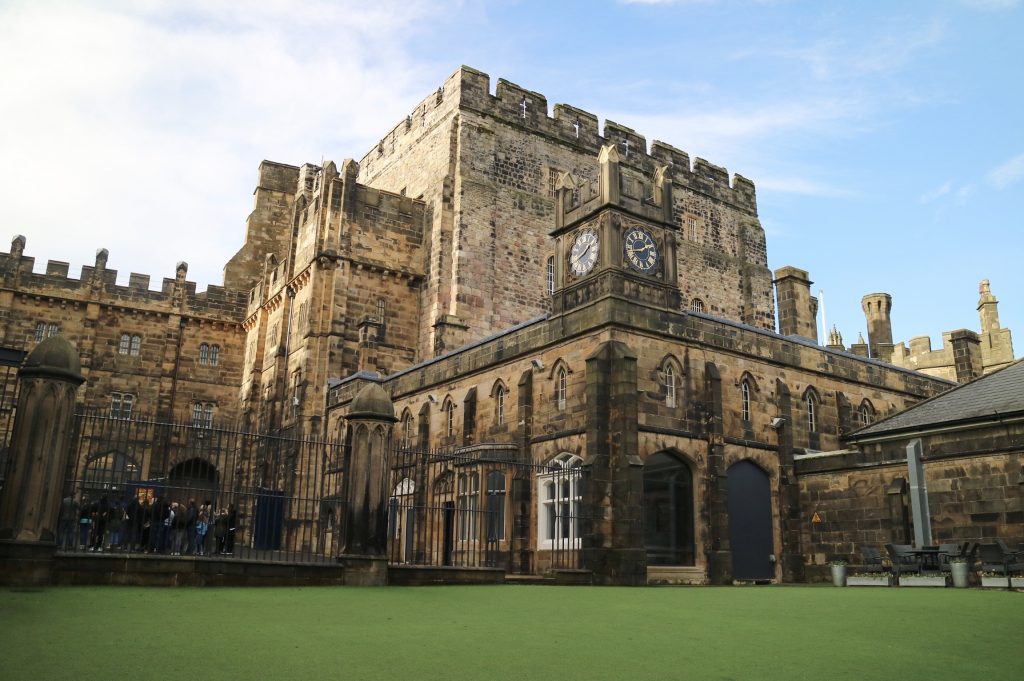 After you spend some time on Lune Millennium Bridge, you can take a walk to a hill right next to the bridge. 5-minutes-walk will bring you to one of the icons of our city, Lancaster Castle. You can see the stunning views of Lancaster from above. This castle may have been founded around the 11th century and it used to be a prison! Owned by The Duchy of Lancaster (Her Majesty the Queen is the Duke of Lancaster), the castle has witnessed significant historical and political impact in the thousand years of its existence. Until 2001 it was still functioning as prison, but now it is open for public and tourist activity. If you want to learn more about its history, you can join the guided tour that is available inside the castle. You can also enjoy a cup of tea in the café inside the castle. 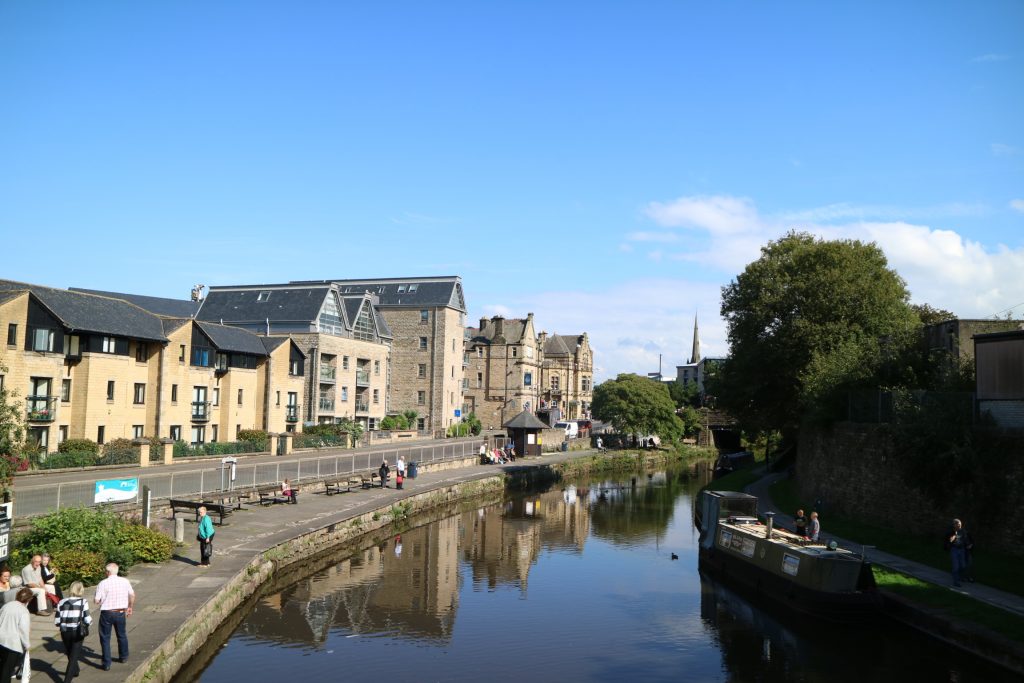 Another attraction that you can visit in Lancaster is the peaceful Lancaster Canal. You can walk 10 minutes from Lancaster Castle to this place. You can also grab your lunch in at the White Cross Restaurant by the river. You can enjoy a nice lunch with river and bridge view as well as seeing some cute ducks along the river 🙂

This place might be my favorite place in Lancaster! It is reaaaalllllyyyyyyyy beautiful especially on a sunny day. You can take a walk here but it’s quite a distance from the canal or you can just take a bus whereas you still need to climb a bit to reach this place. Many people called Ashton Memorial Park “England’s grandest folly” and the “Taj Mahal of the North” because this iconic building was commissioned by Lord Ashton as a tribute to his late wife.

You will first be welcomed by Williamson Park, a pretty park with some small ponds and various kind of plants. After that, you will get this view. 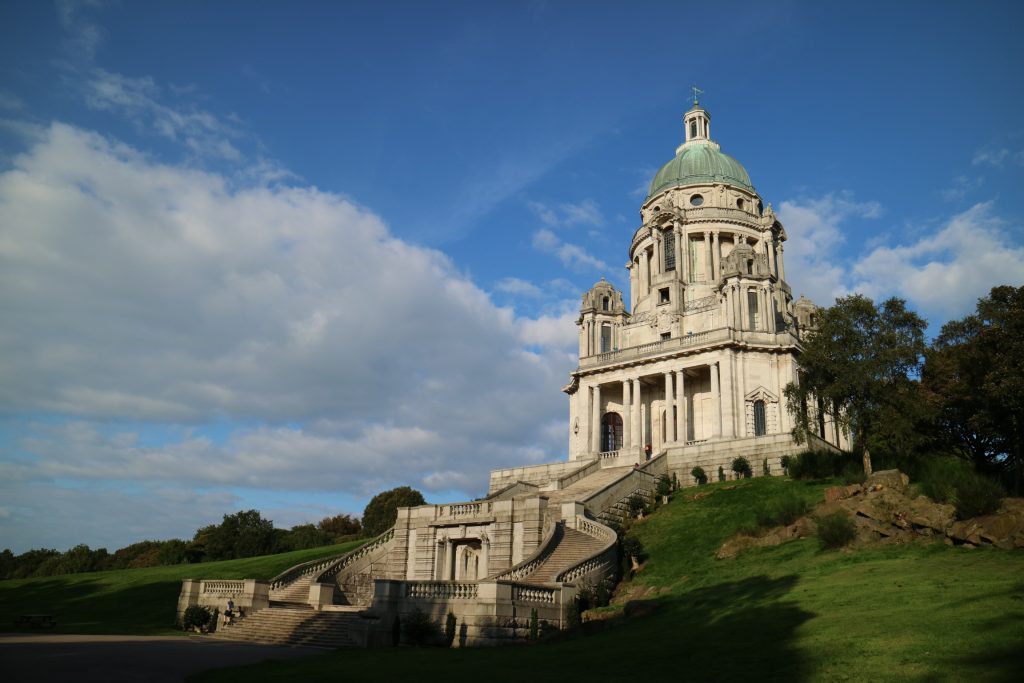 When you are walking up to the building, you can see the city of Lancaster from above. It is breathtaking! This spot is also the highest point in Lancaster where you can see the whole city. There is a pretty dome that is also open to the public. Please note that the interior will be on renovation from November 21 2016 to April 2017 so you might not be able to go inside. But do not worry because the outdoor view of Ashton Memorial is already amazing!

So yeah, there are many things that we can do in Lancaster right? An important thing that you should note before going around the city is: CHECK THE WEATHER FORECAST! It won’t be as fun if the rain is pouring hard. In my case, I tend to go out when the sun is up with a clear and bright sky.

View all posts by Nila Sukmawati