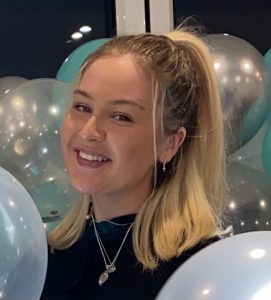 Monday 28 through to Wednesday 30 June saw the Marketing Me Launch 2021 competition take place. We were lucky enough to still be able to run the competition during the ongoing craziness of the world right now, and even spent the morning of Monday 2m apart in a lecture hall and online with students and guests around the world.

For the first year, the competition had a third party client, completely separate from the university and its connections – Brand Advance, a  pioneering media network company helping brands reach diverse demographics. Brand Advance stand for inclusion and diversity, and the idea of their envisioned product both reflects and embodies these morals. The team are designing a gaming app for children between the ages of 5-8, where its purpose, through fun and interactive games, is to start conversations about unconscious bias. Cue the incredible name: UBS Games – Unconscious Bias Sucks (it really does!).

Specifically, the game encourages children to ‘discuss similarities and differences between themselves and identify those ways that we are different and the same; understand the term ‘discrimination’ and the term ‘diversity’.

As a huge advocate for equality across all areas, this game resonated with me, as it did the rest of the students taking part. It also allowed me to really think about the concept of ‘colour-blindness’ – something I’ve seen around me a fair number of times. And while this approach to race and other diversities is often never ill-intended, this game and its prospects made me unpack why colour-blindness is so damaging. Not discussing race and racial prejudice and ignoring the harsh realities that people of colour face, can further perpetuate these biases as opposed to eradicating them. Atop of racial prejudice, there are lots of other unconscious biases that the game unpacks, such as responses to different cultures, abilities, sexualities and more.

Monday was all about building insights with virtual chats with our very own Lancaster alumni, who gave some insightful advice on their do’s and don’t’s for our onward careers; followed by an introduction to Brand Advance challenge; finishing perfectly with a talk from Sali Midjek Conway, Vice Chair the Chartered Institute of Marketing North West on how to create a winning pitch.

On Tuesday the real brief cracking began when each team met with their alumni mentors online to discuss and fire ideas. The clock was ticking, as 2 pm was the cut-off for submitting the ‘Big Idea Teaser’ a summary of our creative idea, and a plan of action for activation. Teams worked all day to research, develop, finalise and polish concepts to turn these big concepts into credible and reliable ideas.

Wednesday was pitch day. 5 teams took part in the competition. From posters, celebrity endorsements and social adverts to real-life culture trails and prize giveaways, it’s safe to say that the creativity within each of the teams was not lacking. With only 48 hours to deliver a pitch on a fully-fledged idea borne from the brief, it was incredible to see teams of strangers work together virtually and brainstorm a winning campaign idea for the launch of UBS games. A massive congratulations to Nikita Nielson, Romana S, Artem Spivak and Judie S for producing the winning pitch and campaign idea, with an exciting ‘culture trail’ which sees young children and their parents following a trail around a city and experiencing foods and activities belonging to different cultures. The panel at Brand Advance were so impressed that they went ahead to invite this winning group to work on bringing this trail to life on the launch of UBS Games in the future!

Although there could only be one winner, Brand Advance saw something brilliant within every pitch…and revealed that they wanted an idea from each team to be incorporated into the campaign launch! With the past year bringing uncertainty and stress, it was so uplifting to see a group of willing and creative minds bunch together to create such brilliant work and be recognised for it.

I feel overjoyed to have worked within such a fantastic group and amongst other great teams during my second time partaking in the Marketing Me competition. Not only did I have great fun and contribute my strengths to something certainly worthwhile, but I think I speak for everyone who participated by saying that the conversation that was opened on unconscious bias is one that should and needs to continue.

Thank you once again to Victoria Metcalf, Chris Kenna, Vicki McGowen and Henry Tolley at Brand Advance, our Lancaster Alumni and all students who got themselves involved in this year’s competition. Until next year, when hopefully we can see each other in person…

View all posts by Louise Inman