Co-creating the future of the past: Harnessing AI for Humanities Research’: ESRC Impact Acceleration Accounts, 2019

The ‘Co-creating the Future of the Past’ project is developing a framework with Natural Language Processing and Machine Learning to create automated ways to identify and extract information from large historical collections. In this rare partnership, Humanities scholars and the technology industry are posing questions and challenges that can only be solved in collaboration, leading to the transformation of research and practices in both.

This project is annotating a range of maps created of peninsular India, starting with the cartographies that accompanied European mercantile and military interests. Read more about the project here. (Team: Deborah Sutton [PI] & Katherine Bellamy)

The Subaltern Recogito project is exploring the benefits of utilising digital annotation for the analysis of historical maps, specifically in relation to a corpus of maps produced in sixteenth-century Mexico for a series of reports known as the Relaciones Geográficas de Nueva España. Read more about the project here.

This is a collaborative project between Deborah Sutton and Paul Rayson at Lancaster University and the Digital Humanities Research and Publishing Group at IIT Indore. The collaboration funds staff and PhD students to spend time in Lancaster and Indore, leading to a workshop, planned for April 2020, and a co-authored monograph on Digital Humanities in India. (PIs: Deborah Sutton, Lancaster University and Nirmala Menon, IIT Indore)

This project explored the possibilities of synergies between business dedicated to Artificial Intelligence and fields in the Humanities such as History, Archaeology and Literature. The project culminated in a two-day workshop where researchers from tagtog (an online AI platform that uses Natural Language Processing and Machine Learning for the automated annotation of documents) joined us in the Digital Humanities Hub at Lancaster University. You can read more about the workshop here. (Team: Patricia Murrieta-Flores [PI], Katherine Bellamy, Juan Miguel Cejuela Pérez and Jorge Campos)

This funding supported the collection of archival materials to create a digital heritage experience for Karachi. This experience relates to the Partition City Delhi experience launched in India on 17 September and now available through the safarnama heritage app on Google Play Store. The funding also supported the development of the safarnama web-based authoring tool. (PI: Deborah Sutton)

This project based at Lancaster University is a collaborative effort with Archaeovision, Knowledge Integration, Goii Limited and Manx National Heritage, looking to create for the first time a full digital corpus of 3D images of all 210 medieval crosses of the Isle of Man. This corpus will inform conservation measures, enable research at multiple levels and promote online engagement with the corpus. (PI: Patricia Murrieta-Flores)

The Reception of English Saint’s Shrines as Tangible Art: A Digital Barometer. Paul Mellon Centre for the Study of British Arts, 2017-2018

This project is creating the first online interoperable public dataset of English shrine imagery —before, during, and after the Reformation—including shrines depicted in stained glass, reliquaries, pilgrim badges, as well as photographs, sketches, engravings, etc. This also includes important textual research information such as geographic data, detailed descriptions and data on artists, sources and materials related to the shrines. All this will be gathered, formatted and made available and reusable by the wider public and other research projects through the online database. The team is composed of historians, archaeologists, literary scholars and computer scientists. (PI: Patricia Murrieta-Flores; Team: Dr Ruth Nugent, Lancaster; Dr David Harry, University of Chester; Dr Naomi Howell, University of Exeter; Mr Matt Williams, Full-Design).

Creating a Chronotopic Ground for the Mapping of Literary Texts: Innovative Data Visualisation and Spatial Interpretation in the Digital Medium. AHRC, 2017-2020

This project is about the visualising of literary place and space, using the digital medium in a way never before attempted to advance spatial understanding and interpretation of literary texts for a range of users. We view space and time in literature as a central element of the understanding and interpretation of texts, but one that is often overlooked. Literary mapping has the potential to bring it to the fore and allow it to be understood and appreciated in new ways. We will interpret texts and images by an iterative structure (returning upon itself) that connects visual and verbal representations and moves between them. So, a text is analyzed; maps are produced and the fictional world visualised; then there is a return to the text in the light of such spatialisation for in-depth analysis, enriched and deepened by the act of visualisation that mapping has given us. We are also interested in adapting gaming engines to the exploration of space and place in canonical literary forms, creating a range of maps and full 3D visualisations for different kinds of imaginative terrain and mapping at different scales. Our project will significantly enhance knowledge and understanding of digital tools for the spatial humanities, for literary mapping and for spatial approaches to the analysis and interpretation of literary works. (PI: Sally Bushell)

The Colonisation of America is a fundamental process in the history of the modern world. To date much research has focused on a close reading of a handful of the Relaciones Geográficas, one of the most important sources for the colonial history of America. Using a Big-Data approach, this project will apply novel computational methodologies to their analysis, and it will identify, extract, cross-link, and analyse information of vital importance to historical enquiry. In doing so, the project will transform the way historical sources are approached and analysed by modern scholars. (PIs: Patricia Murrieta-Flores, Lancaster University; Bruno Emanuel da Graça Martins, Universidade de Lisboa; Diego Jiménez-Badillo, Museo del Templo Mayor, INAH)

Urban Heritage and the Digital Humanities in India. AHRC, 2017-19

The Research Network will use Digital Humanities methodologies to review existing digital projects, generate strategies for the integration and analysis of existing urban heritage materials and for future documentation projects. A key outcome of the network is the creation of an app, SHARC Dilli, that will geolocate specific fragments of experience from the lives of refugees in the city in the late 1940s and 1950s.

Space and Narrative in the Digital Humanities: A Research Network. AHRC, 2017-18

This network brings together two distinct fields that previously have had little interaction: geographical information science (GISc) and qualitative spatial representation (QSR). The aim is to explore whether a combination of approaches from the two can provide flexible ways of representing spatial information that are suited for the digital humanities. The network brings experts from history, literary studies and archaeology together with experts from computer science, artificial intelligence and GISc.

The Encyclopaedia of Shakespeare’s language project brings a new method of language research – the corpus approach – into the heart of Shakespearean studies. It affords fresh insights into Shakespeare’s use of language at multiple levels – words, phrases, semantic themes, character profiles and more. In
particular, it reveals what Shakespeare’s language meant to the Elizabethans through the analysis of millions of words written by his contemporaries. The two-volume encyclopaedia will be published by Bloomsbury. The project will not only share the rich resources it produces to generate the encyclopaedia, but enable users to deploy them for their own purposes.

A project that is using digital 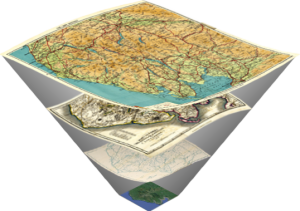 technologies to develop new understandings of the Lake District. It focuses on a 300 year period between the eighteenth and twentieth centuries, a time that witnessed successive social, cultural, economic and industrial revolutions which impacted on the landscape and contributed to the area’s heterogeneous identity.

This project is developing a cross-disciplinary understanding of past droughts within the UK with a view to improving their management in the future. Lancaster’s role in this is using GIS and corpus linguistics to look at past droughts. 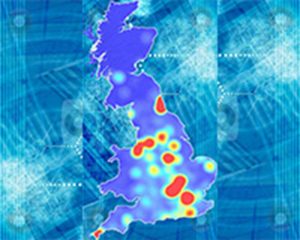 This centre is bringing corpus approaches to a wide range of topics from climate change to hate speech. Our sub-project is looking at media representations of poverty.

Visualizing Spatial Experience in the Holocaust. National Endowment for the Humanities. 2016-17

This project uses some of the very large corpora that we have to look at how poverty has been represented historically in the print media.

Reassembling the Republic of Letters, 1500-1800: A digital framework for multi-lateral collaboration on Europe‘s intellectual history. COST, 2014-17 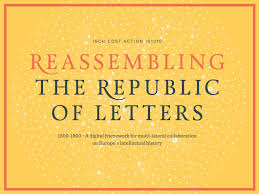 A project that is creating a community memory of the 1,055 “Men of Lancaster who gave their lives in the Great War”

Other projects that have developed web resources include:

A pilot project that used two early accounts of journeys around the Lake District to explore what GIS has to offer to our understanding of literary texts.

Troubled Geographies: A spatial history of religion and society in Ireland. AHRC/ESRC

This site acts as a companion to the book of the same name. It uses GIS technology and census data to explore long-term change in Ireland’s social geograhies

Acted as a focus for Historical GIS Research. The site still contains lists of HGIS resources and a bibliography.