Support for the adolescents’ Negotiating Resilience Project was afforded by a grant from the Social Sciences and Humanities Research Council of Canada awarded to Principal Investigator, M. Ungar and Co-Investigators L. Liebenberg (both of Dalhousie University) and C.A. Cameron of the University of British Columbia.  Again, in this work, N. Didkowsky ably coordinated the work at all sites.

Funding for the Transition to School DITL is provided by a MITACS Accelerate award, the University of New Brunswick’s Retired Faculty Research Fund and by contributions from Douglas College. 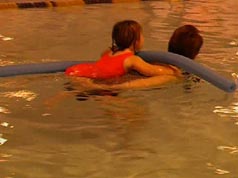 This research adheres to the ethical principles of the Canadian Psychological Association, the Society for Research in Child Development, and conforms with the requirements of the ethical guidelines of the Canadian Tri-Council agreement between the three major Canadian granting councils. All academic institutions administering Canadian federal funding must subject projects to an Institutional Review Board before funding is released for research with human participants.