Skip to content
Posted on January 19, 2018 by Anjani Sarin

Frugality- the quality of being economical with money.

For all those who are living on their own for the first time, this too shall pass and when it does, you will emerge as a different person. I came to Lancaster University with the dream of becoming a Manager and landing a good job. Little did I know that the first step of the process would be to be a manager of myself. From studying to cooking to managing a budget, you are on your own. The degree teaches you far more than just the modules. This was the first time I was in-charge of myself. I’ve lived on my own during my undergraduate but there things are different, pocket-money was just a phone call away and moreover, there weren’t any currency conversions to be kept in mind. I came to the UK with 500 Pounds, thinking that it’ll last at least 4 months, after all, they were 40,000 Indian Rupees and how much could I spend?

After the first month and an expense of almost half the money that I possessed it became very clear to me that I’d have two options, either I can cut down on my expenses (which was usually spent on buying food and, being a Punjabi, that’s something you cannot compromise on) or I could earn more money by doing part-time job. I wasn’t thinking too much and I chose to go with the first option as with classes from 9-5, I wanted some time to explore as well, so getting a  job was postponed till the next semester. It was time to strategise my frugality plan and more or less it was simple for me.  I had to focus on where I spent the money most (except food, of course) and cut down those expenses to a minimum. However, I wasn’t as simple as I  thought. The pattern wasn’t consistent. With a month of struggle and just 90 pounds left, the third month began and that’s when I came across the Master Plan as I like to call it. I still follow it and it is an amazing way where you don’t even realise you are saving money. All you need to do is save 10 pence on day one and keep adding 10 pence to it the next day. It follows the laws of Arithmetic Progression (flaunting Mathematics-my dad will be so proud of me!!! ). By the end of the first month, I had already saved 15.5 pounds. It isn’t a large sum of money but considering I had 90 when I started and I managed to save 15 pounds, I went straight to Greggs and ate a cookie. After all, I deserved it! Treat yourself and be frugal! 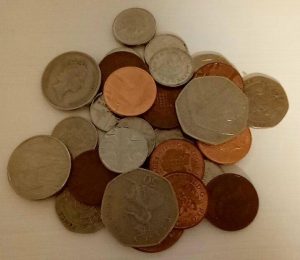 I come from a small city in India called Varanasi. It is the oldest city in India and is famous as a spiritual capital. I am a voracious reader and also, enjoy traveling to different places and exploring different cultures. View all posts by Anjani Sarin